Frank Wren, Tuesday, completed his roster rebuilding with the signing of veteran outfielder, Garret Anderson on a one-year deal.  The 36 year old free agent signs after spending the first 14 years of his career patrolling the outfield with the Angels and was instrumental in their 2002 World Series triumph. 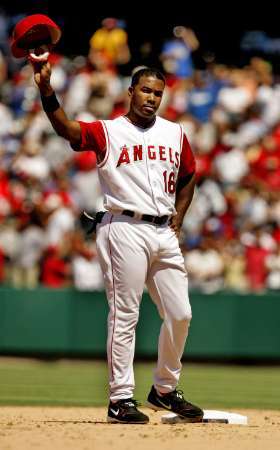 Whilst no longer at the peak of his career, Anderson brings to the Braves a career defined by consistency at the plate and the potential for reasonable power numbers.  Indeed, he joins the Braves just 632 hits shy of 3000 and with 272 career home runs.  Manager, Bobby Cox, admits to being a fan of Anderson, "This is a tremendous pickup.  This guy can practically play every day.  I was a big favourite of guys like George Brett, who could put up a good at-bat every time they were up and get the run in.  Garret is that type of guy".

The deal, worth $2.5m, fits well with the Braves' plans.  After re-signing Tom Glavine last week, the Braves were left with less than $5m to secure the services of a power-hitting outfielder.  With Anderson, the Braves get value for money and avoid having to force a trade with the Yankees for Nick Swisher, which would have been unfavourable to the club in the long run.

Anderson will likely serve as the starting left fielder, though hasn't played more than 94 games as an outfielder in any of the past three seasons.  However, he has been undergoing a strict workout regime over the off-season and joins the Braves' Spring Training camp in the best shape of his career.