With some three weeks still to go before the start of regular season play, it is understandable that the enthusiasm over the Braves' great Spring Training so far is a little tempered.  However, there is optimism in every area of the team that 2009 will be the year the Braves get back to winning ways.  With this in mind, Saturday, the Braves at 11-2 took on the St Louis Cardinals at 10-4 in a clash of the best two Spring Training records in the National League so far. 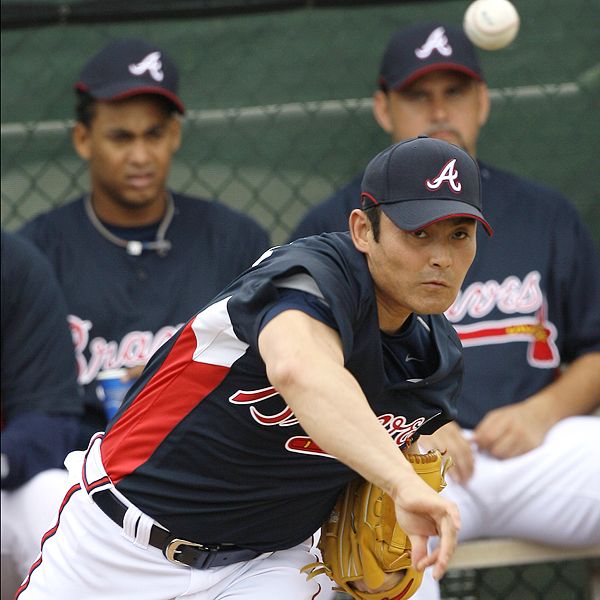 Though the outcome was a 2-1 loss, the signs of encouragement continued to be present.  Kenshin Kawakami went 4.2 innings, giving up just the two runs on seven hits, with a walk and a strikeout.  The runs were the first the Japanese hurler had conceded since his arrival in the US.

Perhaps more encouraging was that the bullpen held the Cardinals scoreless after Kawakami's departure.  This followed the pattern of the Spring so far.  The Braves' bullpen was a constant headache for manager, Bobby Cox, throughout the 2008 campaign.

Jeff Francoeur's two hits raised his average to .333 and showed that his new stance and offseason effort was getting its rewards.  Martin Prado and Matt Diaz both ensured their averages also remained well over .300 with three hits and one hit respectively.  The Braves' offensive production this Spring has come without their two best bats, with Chipper Jones and Brian McCann on Team USA duty.

The defeat still keeps the Braves on top of the Grapefruit League standings by half a game over the Cardinals and also tied with the Angels for the best Spring record.  Nobody could have predicted the start the new look Braves would make, but at the same time it is all too painfully obvious that Spring Training counts for nothing and there is a tough six month, 162 game season just round the corner.  Nonetheless, the Braves have done everything asked of them so far and will look to carry this momentum forward and make a winning start against the Phillies on April 5th.