The Braves continued their hot Spring Training, Tuesday, by disposing of the New York Mets by a score of 5-1.  The Braves are now 13-3 in the Grapefruit League this year and perhaps more significantly are 5-1 against NL East rivals.  The Braves have now beaten each one of its rivals once with Philadelphia taking a double beating.  This kind of divisional domination has been so sadly missed over the last three seasons and has played a major part in the inability of the Braves to mount a serious challenge in each of these years. 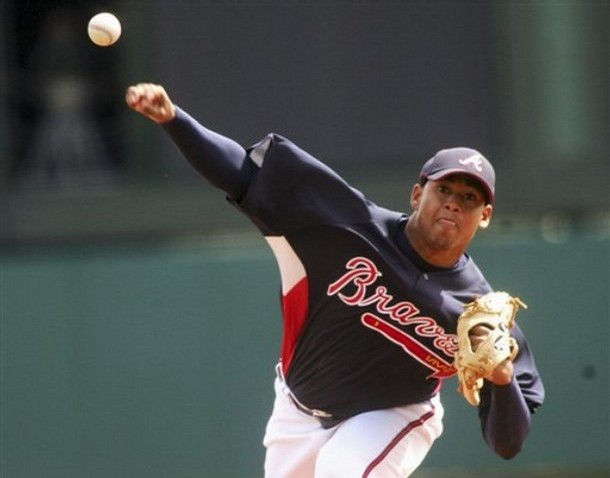 Tuesday's game continued the pattern of the rest of Spring.  Jair Jurrjens, who had struggled to find form until now, pitched a solid 6 innings of scoreless baseball, striking out six on four hits.  His ERA improved from 4.66 to 2.87 as the Netherlands international rediscovered the form that saw him challenge for the Rookie of the Year award in 2008.

The Mets' only run of the game came by a Ryan Church home run off Manny Acosta in the 7th inning, otherwise the Mets were held scoreless by the combined efforts of Acosta, Mike Gonzalez and Buddy Carlyle.

Offensively, the Braves were powered by a two-run shot in the 2nd inning from the bat of Josh Anderson.  Anderson continuec to impress the Braves hierarchy with a two hit game, raising his Spring average to .257.  Jeff Francoeur picked up another hit to keep his average at .333 as he attempts to silence his critics.

Next up for the Braves is another gamer against the Mets in Port St. Lucie, FL.  Tommy Hanson is due to pitch for Atlanta as he tries to cement his place in the starting rotation come April and the Braves attempt to continue their Spring dominance over their division rivals.