Chipper Jones has constantly stated that he won't negotiate contracts during the regular season and after Tuesday's meetings, he won't have to.  Jones signed a 3-year contract extension, which will keep the 2008 batting champion in a Braves uniform until 2012, with the possibility of a further year built in.

Jones, 36, has been with the Atlanta Braves organisation since he was drafted by the Braves, making his debut in 1993.  He was the National League's MVP in 1999 and has also appeared in six All-Star games.  There had been some doubt recently whether Jones would be offered the rare chance to play his entire career at one team.  Recent injuries, most notably to his oblique muscles have limited the switch-hitter to an average of just 124 games over the past three seasons. 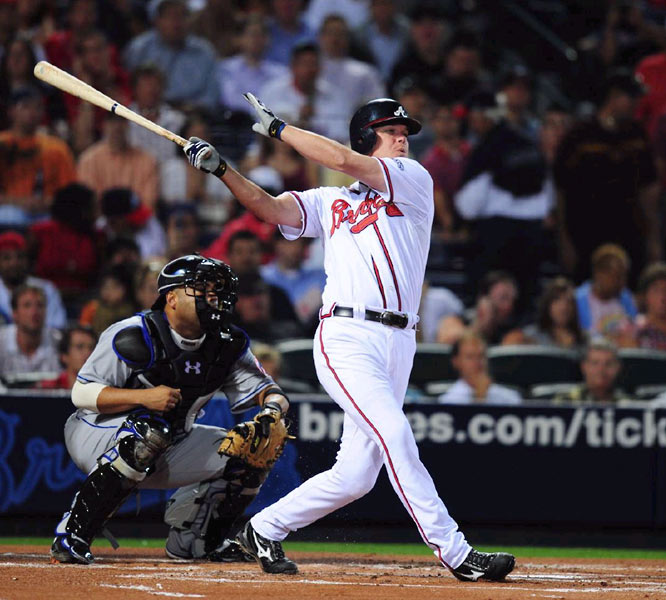 The deal itself is said to be worth $39m, spread evenly over the three years.  Should Chipper play in 135 and 140 games a year, an additional $750k bonus would trigger at each interval.  The fourth year option vests at $9m so long as Chipper plays in at least 123 games in 2012 or averages 127 games in 2011 and 2012.  Both targets are attainable, but for Jones, it is the playing that is most important.

Jones will be 37 in April and going into the 2009 season has a career .310 batting average and 408 home runs.  For Jones, the target must be to hit 500 home runs, whilst maintaining his average over .300.  The latter should not be difficult if Jones continues the form he showed in 2008.  At .364, his average was just one percentage point lower than Mickey Mantle's record for a switch-hitter set in 1957 and he still possesses one of the truest swings in the game. 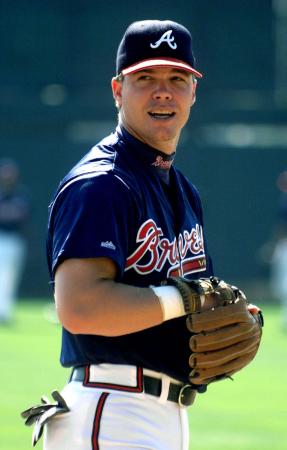 Braves manager, Bobby Cox, noted that "If there is such a thing as getting better with age, Chipper certainly is that right now".  These sentiments are echoed across the Braves nation, who can now look forward to another potential half decade of "vintage" Chipper Jones.