The Braves lost 6-2 to the Florida Marlins, Thursday in the lunch-time game at Turner Field.  The result capped a three-game sweep for the Fish over the Braves, their first at Turner Field in franchise history.  It can hardly be said that it wasn't deserved.  Atlanta were outplayed in every department in the series and will now be looking forward to a weekend series in Pittsburgh against a Pirates team perenially under .500. 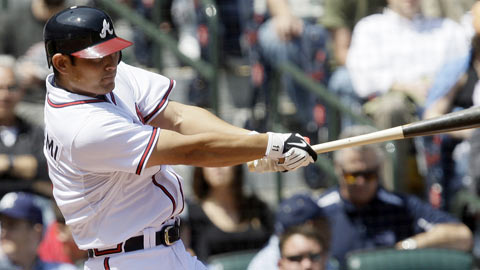 Thursday's result followed a similar pattern to the previous two games.  The Braves offence was shut down, this time by Marlins starter, Anibal Sanchez, who gave up two runs on eight hits over six innings, both runs driven in by Jeff Francoeur.  When Sanchez left the game, the score was 5-2, and still a save situation, but the difference in quality between the teams was really exposed when the Marlins bullpen picked up where Sanchez left off, giving up just one hit and no walks in three innings of work.  What the Braves would give for that!

Game 2 of the series had once again demonstrated the lack of quality and focus amongst the Braves relievers in a 10-4 loss.  Starter, Derek Lowe had left the game with the scores tied, but the bullpen combined to give up 6 more runs and put the game out of reach.  Pete Moylan took the loss, but it was really Blaine Boyer who struggled most and was charged with 4 earned runs.  His ERA now stands at 40.50.

Thursday's Game 3 however did not require the bullpen to lose the game.  Braves starter, Kenshin Kawakami, had given up a three run homer to Cody Ross in the second inning and a further couple in the sixth, whilst his colleagues struggled in vain to figure out Sanchez.  In all, this was a series to forget for Atlanta, who slip to third in the NL East and three back of the surging Marlins.

The wave of optimism from the Braves' start to the season has not been totally dampened by this series, but fans are now starting to be more realistic about the task facing the Braves.  Perhaps many underestimated the Marlins, who improve to 8-1, having already swept the Nationals and beaten the Mets.  Either way, the Braves go to Pittsburgh desperate to get back to winning ways quickly and avoid getting too far behind, too early in the season once again.  Game 1 is Friday at 7:05pm and sees Jair Jurrjens (2-0) take on Paul Maholm (1-0). 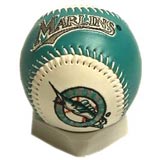