Behind debutant Jason Heyward’s first inning three run home run, the Braves made their 2010 intentions abundantly clear, Monday against a helpless Chicago Cubs.  Beginning manager Bobby Cox’s final season of an illustrious career, the Braves’ campaign could not have got off to a better start, battering the Cubs 16-5. 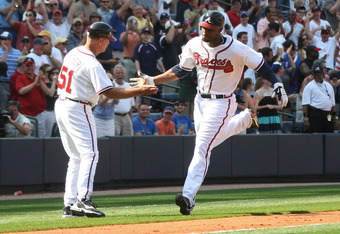 Though this is to be Cox’s final season and he wants to go out with a bang, it was obvious Heyward wanted to enter with one.  In his first Major League at-bat, he dumped a 2-0 pitch off Carlos Zambrano deep into the right field bullpen, giving the Braves a first inning lead they would not relinquish.  Indeed, it was a rough start for the Cubs’ ace, who had picked up his 100th career victory in 2009, retiring just four hitters before being pulled in favour of the bullpen.  In that short period, he gave up eight runs, all earned, on six hits, walking two and hitting Martin Prado with a pitch.

In contrast, Braves pitcher, Derek Lowe, notched his first win of the campaign, going 6.1 innings, giving up five earned runs on five hits and three walks.  However, after the first inning, it must have seemed like a case of déjà vu all over again for the veteran pitcher, who struggled during the second half of last season.  Facing Cubs debutant, Marlon Byrd, Lowe gave up a three-run shot, uncharacteristic for his sinker-ball style.

Nonetheless Lowe settled and the Braves gave him more run support than he was ever going to need.  Catcher, Brian McCann also notched his first home run of the campaign, whilst he, Heyward, Prado and Yunel Escobar each picked up two hits a piece.  Escobar continued his dominance over pitchers with runners in scoring positions, driving in five over the course of the afternoon.  However, the day belonged to Heyward.  Tipped for great things the youngster didn’t disappoint and his four RBI day already has fans talking of the rookie of the year award.  However, it is worth noting that Jordan Schafer hit a home run in his first at-bat last season, then struggled to get to grips with Major League pitching before being sent down to the minors. 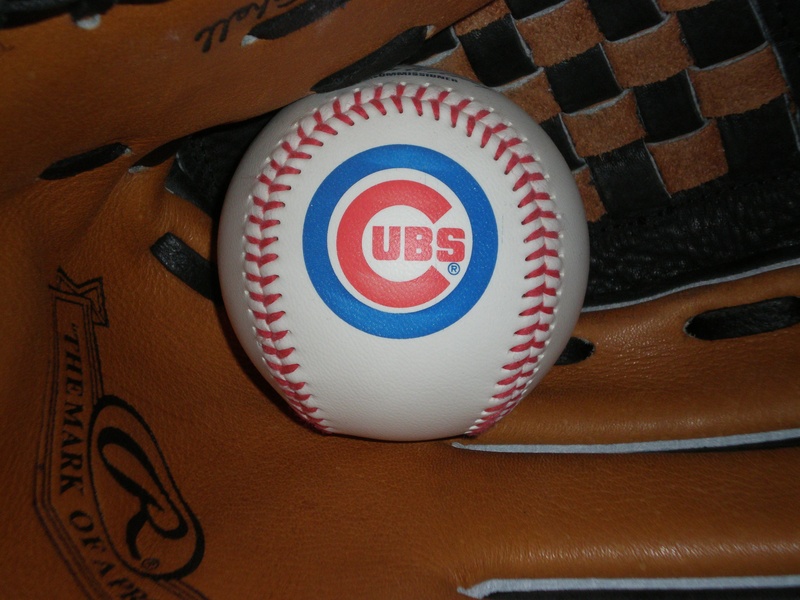 That didn’t temper the enthusiasm for Heyward though, with fans chanting his name throughout the afternoon.  "Special people do special things in special moments," noted Derek Lowe, "That's what they do. To come to the plate for your first at-bat with the crowd chanting your name, that's pretty special."

It proved a special day for the Braves and points towards an exciting season ahead.  The Braves get a chance to repeat the damage against the Cubs on Wednesday when Jair Jurrjens makes his first start of the year against Ryan Dempster at Turner Field.