For weeks, the National League Wild Card has been there for the taking, but Wednesday night in Atlanta the unthinkable happened.  The Braves lost to the Philadelphia Phillies 4-3 in 13 innings and with that defeat surrendered the Wild Card to the St Louis Cardinals, a team that barely more than a month ago was 10 ½ games behind them in the standings.

The loss was the Braves’ fifth straight and 18th in their last 26 games.  September was a slow and malignant death for a team that had looked so comfortable and in control over the season’s first five months.  They entered the season’s final day tied with the Cardinals knowing they had to match or better the Redbirds result against Houston to at least force a one-game play-off in St Louis.  Without any dramas, St Louis did their part, strolling to an 8-0 victory behind a complete game shut-out for Chris Carpenter and five straight hits to begin the game. 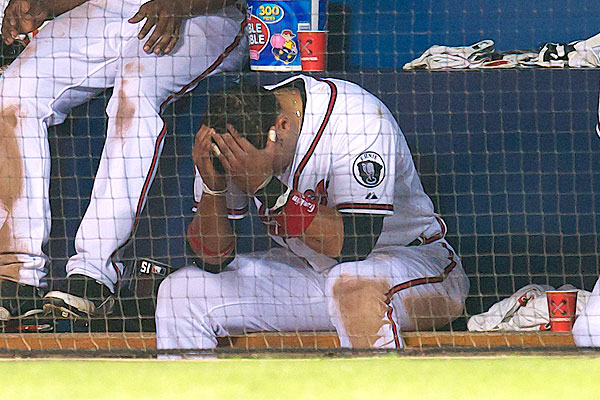 Desperately needing the win, the Braves sent ace Tim Hudson to the mound.  Boasting a 16-10 record, Hudson seemed the team’s best chance of beating the Phillies and snapping a six game losing streak against their division rivals.  The game started so well too.  After trading one-run first innings with the Phillies’ sixth choice starter, Joe Blanton, Hudson settled down and recorded back to back 1-2-3 innings in the second and third.

The Phillies, having clinched their fifth straight division title long ago, used the game as an experiment to test their bullpen and how fourth choice starter, Cole Hamels would perform when used in relief.  Brought in to start the third inning, Hamels gave up back-to-back singles to Michael Bourn and Martin Prado.  Bourn was then caught stealing third base and Chipper Jones struck out before Dan Uggla launched his 36th home run of the season to left-centre field, giving the Braves a 3-1 lead.

With Hudson pitching well, there was a breeze of cautious optimism over Turner Field.  However, things began to unravel in the seventh inning for Hudson.  Raul Ibanez hit a one-out double and moved to third on Placido Polanco’s first hit of the game.  Shortstop, Jack Wilson then fumbled a Carlos Ruiz grounder and Ibanez scored to cut the deficit in half.  Hudson’s day was done.  6.1 innings, 2 runs, 6 hits and a walk.

The ever-reliable Eric O’Flaherty came in to replace Hudson and quickly drew a double-play from pinch-hitter, Shane Victorino to preserve the Braves lead, but the tension was mounting.  Jonny Venters escaped two walks and a hit-by-pitch in the eighth inning after taking over from O’Flaherty.  Incidentally, O’Flaherty’s 0.98 ERA ranks as the lowest ever by a reliever who has posted more than 70 innings in a season.

Struggling to get any offense going, the Braves took their 3-2 lead into the ninth inning.  As expected, Craig Kimbrel got the call, looking to notch his 47th , and most important, save of the season.  But the pressure of the occasion got to the rookie.  Normally so composed, Kimbrel gave up a lead-off single to Polanco and struck out Ruiz.  However, back-to back walks loaded the bases for Chase Utley who hit a sacrifice fly to Martin Prado in left field.  The lead was gone and so was Kimbrel.  Returning for just his second appearance since undergoing Tommy John surgery, Kris Medlen ended the inning for Kimbrel. 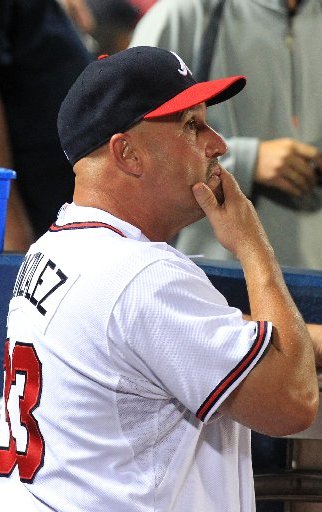 With the offense continuing to sputter, the game went into extras.  Perhaps this was a fitting end to a season when Atlanta had played more extra inning games than any other team.  Medlen breezed through the tenth inning, Varvaro escaped the eleventh and Martinez the twelfth.  Running out of arms in his bullpen, Fredi Gonzalez called on Scott Linebrink for the 13th inning.  Linebrink has struggled since returning from the disabled list in August and fans feared the worst.

Linebrink gave up a one-out walk to back-up catcher, Brian Schneider.  He then retired Jimmy Rollins.  But with two outs, Chase Utley singled Schneider to third and Hunter Pence followed with the go-ahead RBI, a blooper that fell barely into the outfield grass.  The season was teetering on the brink of the unthinkable and when likely rookie-of-the-year Freddie Freeman grounded into a double-play to end the game, the nightmare was complete.  The Braves had completed one of the biggest chokes in baseball history.

The fans didn’t know what to do.  A silence settled over the once-enthusiastic crowd.  It was like living out a bad dream.  "This is one of the worst feelings I've ever had coming off a baseball field," Atlanta catcher Brian McCann said. "With where we were at in the standings and with the team we had in here, hopefully we all learn from this and get better next year."  Uggla echoed the thoughts of his teammate.  "It's very disappointing to come up short," he said. "But to see how everybody battled in this clubhouse and to see the character of this entire team, we're going to be good for a long time. This is a year, we can use as a learning curve. We had a lot of young kids do a lot of special things this year."

Having blown the crucial save, Craig Kimbrel was less upbeat, coming down hard on himself.  "Everybody in this clubhouse and everybody on this team showed up to play today and gave everything they could to win this game, except for myself.  I didn't pitch to my ability. Part of being a closer is being able to harness your emotions. I didn't do that today and I let the team down." 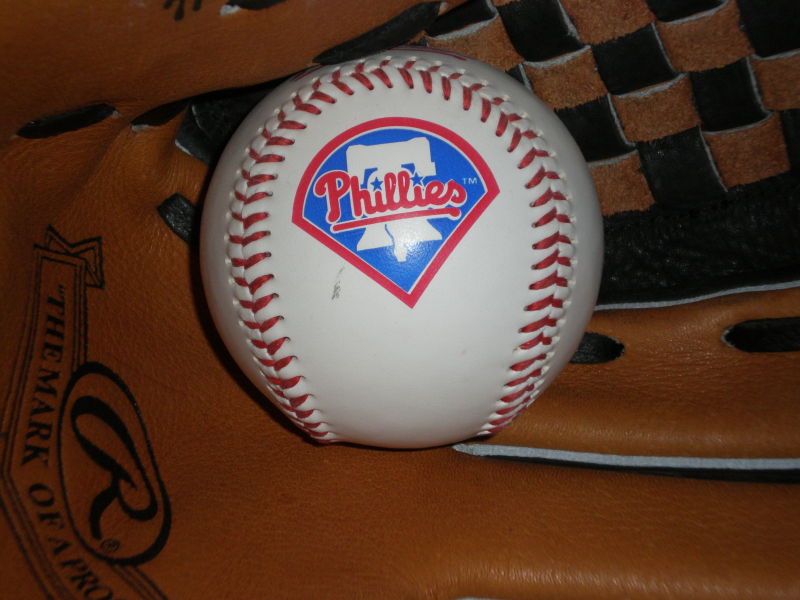 Nobody can really blame Kimbrel though as he has been a huge part of getting Atlanta to the position they were in to begin with.  It was just a bridge too far.  Now begins the unpleasant task of sitting down and asking the awkward questions as to where things went wrong and enduring the long six months before the Braves get a shot at redemption in 2012.