The newest acquisition to the Braves’ rotation has had no problem settling into his new surroundings.  Paul Maholm turned in his third quality start in as many appearances in a Braves uniform, pitching out of a number of jams to go seven innings as the Braves coasted home over the San Diego Padres 6-1.

Maholm followed up his shutout of the Mets by frustrating the Padres, as they stranded eight baserunners against the left hander, nine in total.  Maholm pitched around a lead-off double and a walk in the second inning, he then struck out Nick Hundley and Edinson Volquez with the bases loaded and one out in the fourth before walking the lead-off man and stranding two in the fifth.  The only run the Padres could muster was a solo home run from Logan Forsythe in the third inning, which smacked off the left field foul pole.

“He wiggled out of some jams,” Braves manager Fredi Gonzalez said of Maholm. “He wasn’t as sharp as he was in New York obviously, but he kept us in the ballgame. I’ll talk to him tomorrow about it, but I think sometimes he’s not afraid to walk a guy to get to a guy he wants.”

It looked like it would be a similarly frustrating night for the Braves after the first couple of innings.  After Martin Prado wasted Michael Bourn’s lead-off hit by grounding into a double-play. Jason Heyward was left stranded when Freddie Freeman struck out to end the inning.  In the second, Atlanta put runners on second and third with nobody out, but contrived to keep the game scoreless as Padres starter, Volquez, pitched himself out of trouble.

Volquez’s luck ran out in the third inning however.  With runners again on second and third with two outs, Braves fans could be forgiven for feeling a bit of déjà vu.  But the resurgent Dan Uggla came to the plate and launched a line-drive missile into the left field seats, his third home run in the past eight games, giving the home team a 3-1 lead.  "Danny is heating up," Gonzalez said. "That ball he hit today was gone in a heartbeat. He hit that ball hard." The home run sent Volquez to pieces and a 3-run fourth inning was capped by Jason Heyward’s 2-run double to right-center, ending the hapless pitcher’s night.

Maholm eventually settled down, allowing just one hit in his final two innings of work.  Picking up his eleventh win of the season, the former Cub went 7 innings, giving up one earned run on five hits and three walks.  He struck out seven.  By the time Maholm left the game, the Padres resistance was broken and Chad Durbin and Cory Gearrin completed what seemed like a mere formality as the Braves kept pace with the Washington Nationals, four and half games back in the NL East. “It’s good to keep winning, bottom line,” said Heyward. 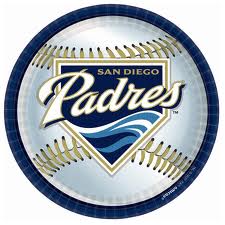 With the injured Tommy Hanson possibly back in the rotation as soon as Friday, the Braves find themselves with an embarrassment of riches.  They will have six quality starters vying for five rotation spots.  Gonzalez has indicated that for the next two weeks they will use a six-man rotation, but if everyone continues to pitch as well as they have of late, the decision of who to send to the bullpen will be a difficult one.