After spending the first five weeks of the 2013 season on the disabled list, Braves catcher Brian McCann reminded everyone, Thursday, that when fully fit, he is a force to be reckoned with. The veteran All-Star belted his first home run of the season and finished 3 for 5 with 3 RBI as the Braves romped home over the Giants 6-3 in .

Much has been made over the arrival of rookie catching sensation, Evan Gattis to the Braves and had led many to question McCann’s future in the team. He batted .230 with 20 home runs in 2012 as he battled a shoulder injury, the surgery of which caused him to miss the early portion of 2013, whilst Gattis has excelled in his early career hitting .243 with 7 home runs and 19 RBI in just 28 games. 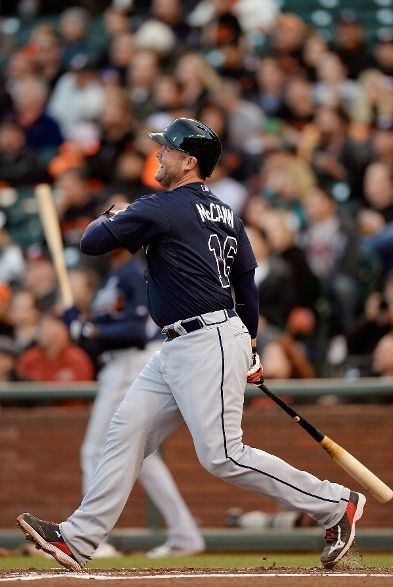 McCann’s return to form can only be a good thing for a Braves team that has been struggling to score runs of late and seen its lead a-top the NL East cut to just two games. There is never a good time to face the defending World Champions on the road, so to come away with a win in the first of four games and maintain the two game margin over the Washington Nationals will give the clubhouse an overdue confidence boost for the rest of the series.

The Braves sent Julio Teheran to the mound to face the Giants’ Ryan Vogelsong. Despite Teheran’s early struggles this campaign, he remains undefeated and has shown excellent fighting qualities during each of his previous two starts. Vogelsong had also had a difficult April and both righties were looking to find their groove early against powerful offenses.

Teheran blinked first as the Giants took an early lead. Marco Scutaro reached second base on a ground-rule double and was scored on a single by McCann’s opposite number, Buster Posey. But in what turned out to be a great night to be a catcher, McCann righted the ship the following inning, drilling a 1-0 fastball over the right field wall, scoring a rejuvenated Dan Uggla in the process. Advantage . However, Posey would prove Teheran’s nemesis once again in the bottom of the third with a deep two-run shot that Justin Upton could only watch sail over his head in left field. "You can't hang a slider to Buster Posey," McCann said. "That's what he'll do. He knows that. But when you take that whole outing as a whole, he was on his game. He made one mistake to Posey and that was about it. He's going to build off this and get better and better."

With the Giants up 3-2, Vogelsong seemed to settle down. But a horror fifth inning would end his night prematurely, see the Braves bat around and give the away team a lead they would not relinquish. Jordan Schafer led off the inning with a triple and scored on Andrelton Simmons’ ground out. Justin Upton then recorded a triple of his own and was brought home on Freddie Freeman’s base hit. Uggla then drew a walk, causing Giants manager Bruce Bochy to go to his bullpen. But a new pitcher couldn’t stem the tide. McCann got his second hit of the contest, scoring Freeman and

B.J. Upton finished the scoring with a hit to score Uggla. Though the Braves would depart the inning with the bases loaded, they had a 6-3 lead for their young pitcher to work with.

The lead was more than enough for Teheran, who retired the last seven batters he faced. For his second win of the season he went 7 innings, allowing seven hits and three runs, all earned. He struck out three and didn’t walk anybody. Manager Fredi Gonzalez was pleased with Teheran’s progress. “Julio did a terrific job, for a guy who hadn’t pitched in about nine, 10 days. He did a terrific job. After the second inning we asked him, or we made him throw his changeup more often to the left-handers. For me, that’s what got him over the hump, to be able to keep those left-handers off his fastball and off his breaking stuff. And he gave us a great outing, he really did.”

The only question remaining about a Braves win was whether closer Craig Kimbrel could finish the job. Searching for his 100th career save, Kimbrel had blown three of his last five opportunities. However there was to be no such drama tonight and even though Giants shortstop Brandon Crawford picked up a two-out double, Kimbrel left him stranded when he got Brandon Belt to ground out on the first pitch he saw. 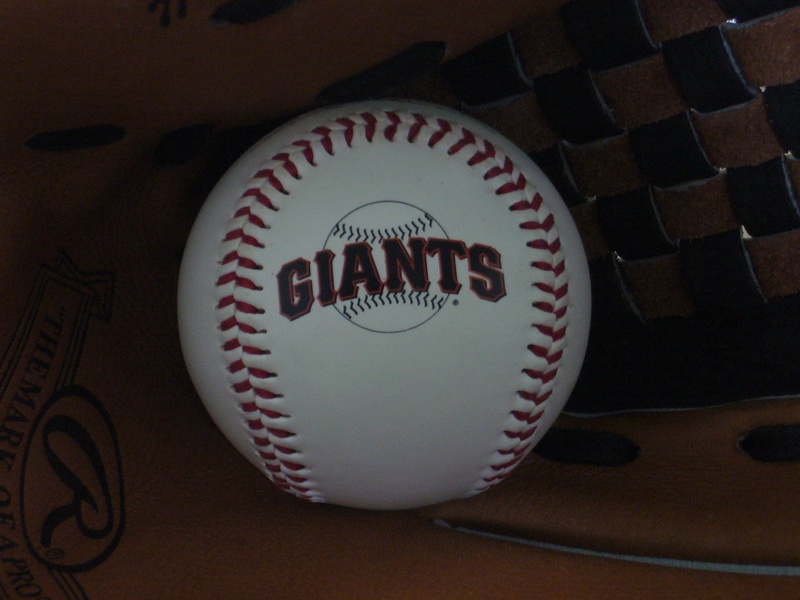 The Braves will take heart from a well-earned victory, coming off the back of a series victory against a much-fancied Cincinnati Reds. With Brian McCann looking to return to the form that saw him gain six All-Star appearances and five Silver Slugger awards, the team looks in good shape to push all the way this year. "A healthy Mac is a guy that can swing the bat. He makes our lineup a lot better", noted Gonzalez.