The legend of Evan Gattis continues to grow.  After a pinch-hit home run to beat the Dodgers on Saturday and another pinch-hit homer to tie the game in the bottom of the ninth inning last night against the Twins, ‘El Oso Blanco’ emerged the hero once more, Wednesday, with his first career grand slam as the Braves swept the Twins for their sixth straight win, 8-3.

Gattis’ rookie year is proving to be a memorable one, as he now is hitting .256 with 10 home runs, 27 RBI and a .587 slugging percentage, all with limited playing time.  "It's legend, and good for him," said manager Fredi Gonzalez. "The guys really rally around him and enjoy being around him."  Despite this, finding ways to include Gattis in his lineup every night gives Gonzalez difficulties.  Whilst Gattis is a catcher by trade, he is versatile enough to play the outfield and first base.  However he finds himself behind Brian McCann and Gerald Laird for the catching spot, Jason Heyward and the Upton brothers in the outfield and Freddie Freeman at first base, none of whom can really be replaced, yet the 26 year old is just happy to be on the roster.  "I love this team," Gattis said. "All of our pitchers, relievers, everybody in the whole lineup, we all contribute, we've all got roles, we've all got things we do to help this team. It's a good feeling right now in the clubhouse. We're playing good baseball."

It was good all-round baseball that led the Braves to their sixth straight win.  In this day game following Tuesday night’s extra innings victory, the Braves gave some of their stars a rest.  McCann, Justin Upton and Andrelton Simmons all enjoyed a day off as their replacements showed their considerable talents.  Filling in for Upton, Jordan Schafer scored the Braves first run having led off with a walk.  Simmons’ replacement, Ramiro Pena, extended the lead with his second home run of the season in the third inning before Gattis’ grand slam put the icing on the cake in the fourth.  It proved a good day too for the beleaguered B J Upton.  His home run to lead off the fourth proved the prelude to Gattis and gave him a much-needed confidence boost.

It wasn’t just the Braves’ lineup that needed a break.  Atlanta had used 5 members of its 6-man bullpen in Tuesday’s win and needed a quality start from left-hander, Paul Maholm.  Maholm has been exceptional at Turner Field this season and today followed that trend.  He managed 7.1 innings, giving up seven hits and a walk, striking out four.  Though Twins first baseman Justin Morneau’s RBI single in the sixth proved his only blemish, Maholm wasn’t charged with an earned run due to an earlier error by Chris Johnson.  "He's just really good," Gattis said, "He can add and subtract [velocity] with his fastball. He's got four-seam, two-seam, good sink, good changeup and then two offspeed pitches, really three, if you want to go slider, curveball and then cutter. He's tough, man."

Maholm’s quality outing meant that the Braves could hand a debut to Cory Rasmus to get the last five outs of the game and thus save the tired bullpen arms further work.  Though he did give up two home runs in the ninth inning, the young righty impressed with three strikeouts.  Unfortunately for him though, he won’t be seeing the baseball again with which he recorded his first strikeout, Gattis inadvertently tossed it into the stands.  "We've got to teach him a little more court awareness," Gonzalez joked.

For as well as the Braves have been playing this past week, the Twins have been as bad.  Losers now in eight straight games, their season stands on the brink.  Rooted to the foot of the American League Central division, they are 7.5 games out of first place and sent Wednesday’s starter, Vance Worley, down to AAA Rochester after the game.  "He said he felt good. The ball was coming out of his hand pretty decent," Twins manager Ron Gardenhire said of Worley. "We saw some fastballs at 92, 93. But ultimately, he misfires too much over the plate and you see the ball flying. And that's what happened today. When he gets the ball up, they whack it pretty good." 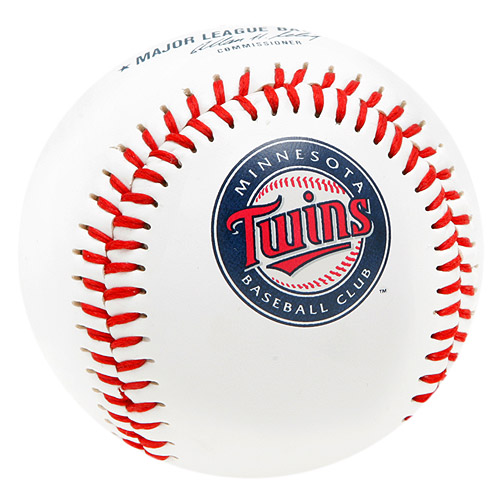 Whilst the Twins now face a daunting trip to Comerica Park to face the Detroit Tigers, the Braves head to New York to take on the Mets without having to face New York’s own rookie pitching phenom, Matt Harvey.  The Braves winning streak has given them a more comfortable 4.5 game cushion over the Washington Nationals atop the NL East, which they will hope to extend in the coming series.