It has been no secret that the Braves have struggled on the road in 2013.  It will take a strong effort in the remaining games just to finish with a winning record away from Turner Field.  Yet after being swept in Philadelphia last weekend, a series win in Miami against the Marlins was just what the doctor ordered.  With a 6-1 win on Thursday afternoon, the Braves did just that and in doing so reduced their magic number to clinch the National League East to just six games, with 16 to play.

Opting to skip Alex Wood’s turn in the rotation to give the rookie some extra rest, manager Fredi Gonzalez turned to veteran Freddy Garcia to make a spot start and wrap up the series in style.  Garcia turned in a quality start to get the win, whilst it was another Freddie who stole the show.  Celebrating his 24th birthday, Freddie Freeman notched his third straight 20-home run season with a two-run shot in the fourth inning.

Freeman’s two RBI’s took the first baseman’s total for the season to 98.  He has never had a 100-RBI season.  Along with his 20 home runs and .309 average though, Freeman has put his name into the mix for the league MVP in what has been a marvellous campaign that saw him gain his first All-Star selection as well.  Despite this, Freeman remained as modest as ever, deflecting credit for the win onto his teammate.  "Freddy (Garcia) wore the MVP pants today," he said. "What he did was pretty awesome”.

Garcia went six innings and gave up just one run on five hits with a walk and lowered his ERA as a Braves player to just 1.32 in 13 2/3 innings.  "He's a veteran guy," Gonzalez said. "He knows how to manoeuver himself through a major-league lineup, put a little on it, take a little off and never give you the same look."  With his strong outings since arriving in Atlanta, Garcia has now put his name into the mix for a starting spot in October.  His experience could prove vital to a rotation whose only postseason experience currently consists of Kris Medlen’s start in the 2012 Wild Card playoff.  "Whatever they need me to do, I'm ready for” said Garcia.

After Wednesday night’s fracas with Marlins starter Jose Fernandez, there were no lingering ill-feelings or repercussions, Thursday.  "It's baseball," said Braves third baseman , Chris Johnson.  "Stuff like that happens. I don't think anything is going to happen after that. We'll try to get him next time.  He's a good pitcher."  Johnson had been one of the more vocal critics of the Marlins rookie after he had stopped to watch his home run leave the park, flipped his bat and slowly rounded the bases.  Fernandez later sought out the Braves to apologise.  Johnson took out his frustrations in a positive manner though on Thursday with a three-hit performance, raising his average to .330 and keeping him within touching distance of Colorado’s Michael Cuddyer (.334) for the NL Batting Title.

The Braves will also be heartened to see Jordan Walden back in the bullpen.  Walden worked a scoreless seventh inning, pitching for the first time since August 21st after straining his groin.  "That's a big piece we haven't had in 19 days," Gonzalez said. "That will take some of the burden off some of the other guys we've been using a lot."  Of course, the sooner the Braves clinch the division, the sooner they can start to rest some of the more crucial pieces of their bullpen and rotation to get them into peak condition ready for a deep run into October. 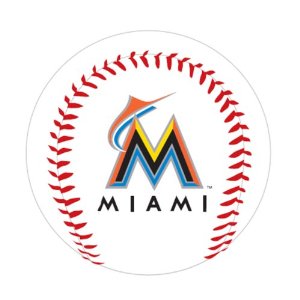 Winners of six straight however, Washington are making the Braves earn their first NL East crown since 2005.  But, with three games in the nation’s capital starting on Monday, there is a good chance the Braves can clinch the division in the ballpark of their closest rivals.  However, the Braves are not taking anything for granted and remain focused on the task at hand.  “We want to win the next three at home and then go into Washington and have some fun there” noted Freeman.  The Braves begin a three-game homestand against the San Diego Padres Friday night.