The Atlanta Braves dropped their second game in a row to the Arizona Diamondbacks at Chase Field on Sunday, falling into a three-way tie for first in the National League East.  The 6-5 loss was made all the more frustrating by the fact all Arizona’s runs came in a calamitous seventh inning in which they sent 10 batters to the plate and the Braves pitchers gave up two home runs,  just one night after blowing 9th and 10th inning leads to lose in 11 innings. 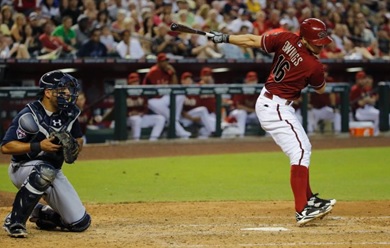 Despite coming away with a series loss, there were numerous positives to take from the series and the Braves will travel to Denver to play the Rockies, Monday, with renewed confidence in an offense that had struggled earlier in the week.

Playing through a chorus of boos, former Diamondback Justin Upton opened the scoring for Atlanta in the top of the 6th inning with a two-run home run.  His 69th career home run at Chase Field silenced the Arizona crowd as it cleared the left field wall and landed in the home bullpen.  The home run scored Freddie Freeman and gave the Braves a 2-0 lead.

It also backed Aaron Harang, who had pitched 6 scoreless innings on just two hits before the disastrous seventh.  Despite a high pitch count, Braves manager Fredi Gonzalez opted to bring his starter out for one more inning.  But it would prove costly.  Harang began by surrendering a hit to Aaron Hill.  Before he knew it, the scores were tied when rookie David Peralta hit his first career home run just one batter later.  Harang then issued his sixth walk of the night to Cody Ross and his night was done.  Unfortunately for the Braves veteran, who failed to record an out in the seventh inning, this walk put him on the hook for the loss.

Harang was replaced by Luis Avilan, who has so far failed to live up to the expectations created by his first year in Atlanta.  Avilan immediately walked Eric Chavez before recording the first out of the inning when Gerardo Parra bunted the runners into scoring position.  Avilan was then lifted for David Hale, who allowed both runners to score on a Chris Owings single.  At 4-2, the Braves would have quite happily taken the damage already suffered, but it would get worse.  Arizona’s All-Star first baseman, Paul Goldschmidt then blasted his 12th home run of the season to give the Diamondbacks a cushion.

"You've got to run him back out there," Gonzalez said, explaining the decision to pitch Harang into the seventh. "He's got a two-hit shutout. You've been watching it. We get into the seventh and they (the bullpen) can't bridge it. So we tried to run him back out there and let him get us through that seventh inning somehow. He had some walks, but you felt comfortable that he could manoeuver through the lineup. That seventh inning just unravelled on us."

Facing a four run deficit with just six outs remaining, the Braves didn’t give up and hit back immediately in the top of the 8th.  Freeman hit a solo shot, his tenth of the year, and an RBI single to Tommy La Stella brought the Braves back into contention.  When Ramiro Pena led off the 9th inning with a home run, things got really interesting.  However, Goldschmidt’s home run proved to be the difference as Atlanta couldn’t muster anything further from Brad Ziegler, who picked up his first save of the season in the process.

"We know the game is never over. We know what we are capable of doing. We can put good at-bats together. We made a run at it but came up short," said Upton.  "Hey, man, everybody is entitled to their opinion," he said when asked about the boos he received.  "I am playing in Atlanta now so it is a blessing to get a chance to play with the guys over here, too. At the end of the day I can't hang my head. I'm happy where I'm at." 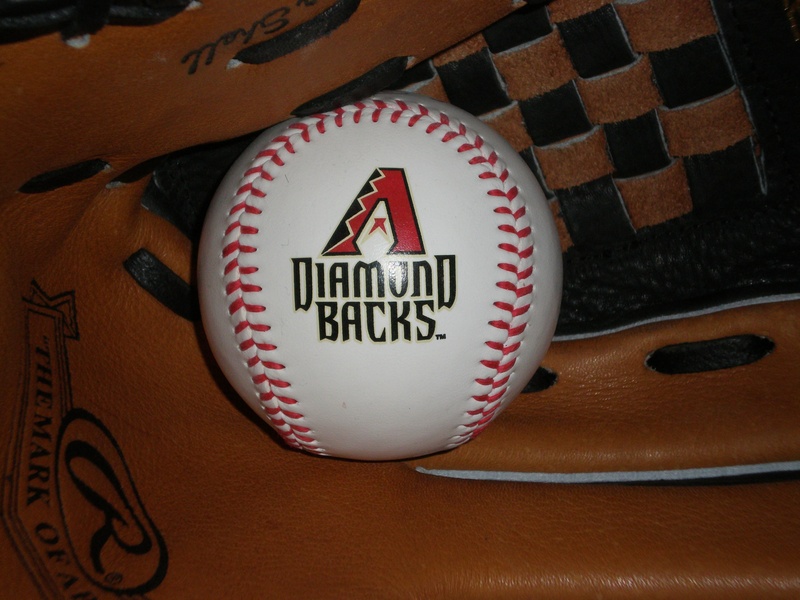 Fredi Gonzalez was less than impressed though. “I love the kid” he said of Upton.  “I hate for him to get booed here. He didn't leave. He got traded. He was an All-Star a couple of times. He's a terrific player and I'm sure he was terrific in the community.  But he had a great series. I thought he gave us some good at-bats. He gave us a lead today with that two-run homer. I'm glad he's wearing an Atlanta Braves uniform."

Braves fans will be pleased to see their right fielder hitting some form on the road.  Upton is hitting .380 at Turner Field, but just .194 on the road.  The team hope he continues having good at-bats this week against the Rockies, in a ballpark renowned for the assistance it gives hitters.  The Braves open their four-game series against the Rockies on Monday night.  Gavin Floyd looks for his first win in a Braves uniform, whilst the Rockies send Christian Bergman to the mound for his Major League debut.